COVID-19 ALERT: During the COVID-19 crisis, the attorneys at Fox & Moghul are working and available to discuss your case with you via phone or online media. 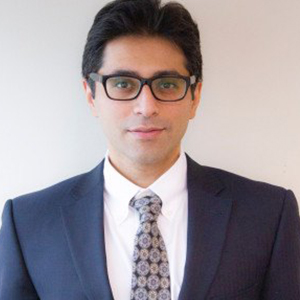 Mr. Moghul’s accomplishments in the areas of real estate and business litigation are varied and many, including his selection into the elite group of America’s Top 100 Civil Defense Litigators (2021), and the prestigious Super Lawyers Rising Stars shortlist for seven (7) years in a row (2016-2022).

Mr. Moghul is a widely published author whose works have received critical acclaim in both state and national media. As a regular contributor to premier legal publications like Lexis Nexis and the American Law Institute, Mr. Moghul frequently publishes practical guidance notes to educate other lawyers on cutting-edge legal issues in real estate and business law.

Mr. Moghul is hyper-focused on providing the best legal representation to his clients. As a seasoned trial attorney, he has obtained successful outcomes in high-stake disputes for numerous clients in state and federal courts throughout Virginia and D.C. In 2017, Mr. Moghul’s representation of a client in a real estate fraud case received favorable coverage in the Virginia Lawyer’s Weekly Settlements and Verdicts section. In 2019, Mr. Moghul was part of a legal team that spearheaded the dismissal of a $7 million-dollar business partnership dispute for claims involving breach of fiduciary duty, fraud, conversion, and civil conspiracy. That same year, Mr. Moghul also obtained a high six-figure settlement in a deed fraud case in Loudoun County Circuit Court. In 2020, Mr. Moghul became one of the very few lawyers in Virginia to obtain a rare pre-filing injunction against a serial filer pro se litigant. He has also successfully defended more than a dozen landlords in high-value toxic mold poisoning claims.